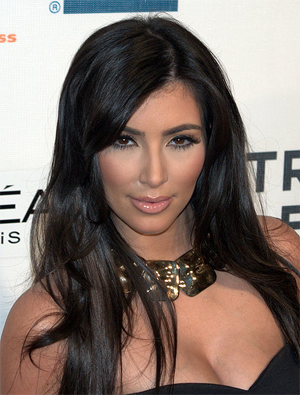 Since that time Kim and her family have ventured into retail, fashion and fragrance design and reality show spin-offs of “Keeping Up With The Kardashians”.

In fact, rumors are Kim has wasted no time in setting up another reality show centering on her upcoming wedding.

On the heels of Kim’s engagement news this morning, sources close to the family tell me TV execs are already talking how to spin Kim Kardashian’s impending wedding to Kris Humphries into yet another gold rush.

One of the options is to start a new spin-off show, starting now, that would follow Kim getting ready for the big day, culminating in a televised ceremony.

“Kris Humphries might not have known what he was getting into. This wedding is going to happen very much in the public eye,” an insider told me. “And they will make millions off of it.”

So what makes Kim Kardashian larger than life?

Kim was born October 21, 1980 as reported by Astrodatabank.

With the planet of expansion sitting on the Midheaven, it is no surprise that Kim garners attention that is larger than life. All Kim has to do is show up and all eyes are on her. Neptune gracing the Ascendant lends glamour to her public appeal and it is an aspect that is often found in celebrity charts.

However, Saturn also sits in the 10th house of career alongside that Jupiter. This is an interesting psychological aspect suggesting someone who craves public attention, but is afraid to fall short in the public’s expectations of her. Intensified by Jupiter and in tension aspect to her natal moon she feels her failures reflect an a perceived inability of not being able to do anything right. This is at odds with the public face of Kim, so it is a surprising finding.

A more snarky astrologer would say this is a bridezilla waiting to happen, but as it turns out, while that big ring is on her finger, there might not be a wedding after all. As Venus moves up to her seventh house in the middle of June there will be an uncommon number of stresses on her Saturn/Jupiter combo including a cardinal grand cross comprised of Uranus, Pluto, Saturn and Mercury. That Mercury will be in the 8th house, so get ready for some explosive secrets to burst on the scene. Of course, that’s all par for the course Kim Kardashian and her big life, so we’ll see how she handles things as she prepares for her walk down the aisle.

Photo published under a Creative Commons license as defined by Wikipedia. 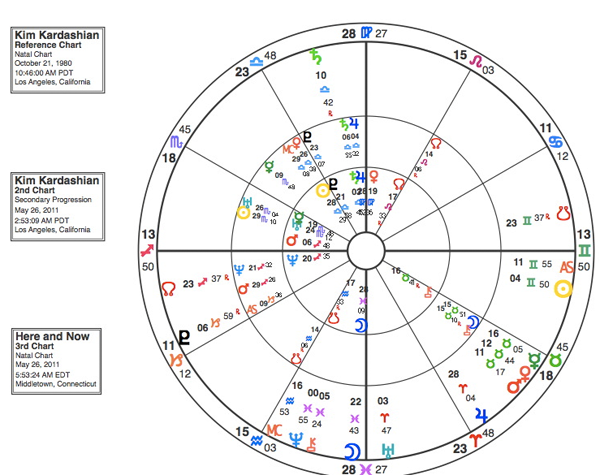