The Influence of Astrology on Carl Jung, Part 1

Note: As my Facebook friends know I have reentered college to finish up my degree in psychology. As part of one class I am writing a paper on the influence of astrology on Carl Jung. Jung is widely embraced in the astrological world because his theories on archetypes, which he used to create a therapeutic model, fits neatly with the symbolic language of astrology. What follows here is the rough draft of this paper presented in parts. Your comments are appreciated. Citations and references are in APA style, which according to my sociology teacher, I’m not so good at. 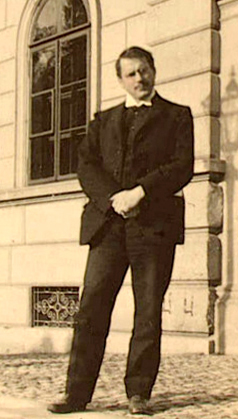 Jung’s work focused on untangling the strands of myth and symbols as the means to understand the human psyche. His search to understand the unconscious mind took him through the mythologies and mystic practices of the world. He developed over the course of his career theories on the importance and interpretations s of dreams, symbolism, the collective unconscious, archetypes and personality types. Nearer to the end of his career he developed the theory of synchronicity, the theory that two events could be related in meaning though there might not be a causal relationship between the two. This last theory was directed mostly at astrology, which he found useful, especially in diagnosing difficult cases. The scientific community considered astrology as superstitious, unsupported by any natural mechanism. Synchronicity threw out the need for a direct causal relationship while upholding the symbolism of his archetypal universe.

The antipathy for the metaphysical roots of Jung’s work runs deep in academe as evidenced in this paragraph:

“Even so, it is not necessary to have a grounding in analytical psychology for us form a judgement as to the probity of Jung’s proposals. Jung’s concepts of the archetypes and the collective unconscious serve as the basis of a theory about the relation of the unconscious to the conscious mind and for the development of the latter out of the former. This is an empirical, not a metaphysical theory “ (Lawson, 2008)

Astrology suffered a decline in reputation and practice in the 15th and 16th centuries not because as Scofield (2010) argues it was disproved by emerging science. It was not. Sweeping social, religious and political change brought people into power whose reputations were built on science and the scientific method. They had a vested interest in retaining their positions. Astrology, carrying a five thousand year history and the stain of ancient misperception of natural forces, was easy dog to kick to prove the “superiority” of the scientific method. From that time forward anyone that claimed the title of scientist or researcher who dared “to be associated publicly with astrology, which implied political recklessness, enthusiasm and the vulgar classes, was to ask to be tainted.”(Scofield, 2010)

Anxious to quell any potential professional backlash Jung assured the influential Freud: “”Please don’t worry about my wanderings in these infinitudes. I shall return laden with rich booty for our knowledge of the human psyche….”

But the Swiss psychologist, as we will see, did more than wander in search of tidbits to add to the understanding of the human psyche. In astrology, Jung found a framework on which to peg all his future theories. To understand why he found astrology so useful we first need to examine his childhood.

Photo published under Public Domain as explained in Wikimedia.

This entry was posted in Astrology and Science, Uncategorized and tagged Archetypes, Astrology, Carl Jung. Bookmark the permalink.

5 Responses to The Influence of Astrology on Carl Jung, Part 1