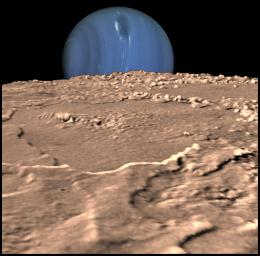 (Astrology Explored) Bonnie (not her real name) comes to me with a problem. She and her boyfriend ended their relationship six months prior, but she finds her grief at the ending of the relationship has not subsided. Her friends, in fact, have grown tired of listening to her go on about the situation and suggested many times that she move on. The question she wants answered is, “Will we ever get back together?” This is her secret hope and her fervent prayer. After looking to see if such a thing is possible, and seeing that it is less likely than she thought, the challenge becomes helping Bonnie accept a new future. The reason that this is so very difficult is because of how the brain works.

In the middle part of the last century psychologists and psychiatrists held the view that a mentally healthy person had a reasonably good grasp on reality. A mentally healthy person’s perceptions about the world around him or her would align with how things “were.” Then in the 1980’s new research on social perception found out that this wasn’t the case at all. They found that our perceptions are based on “incomplete data gathering, shortcuts, errors and biases.” These errors in perception are called illusions(Taylor and Brown, 1988). These illusions promote three different perceptions that are out of synch with objective reality. The first is that we, all of us, have unrealistically positive views of ourselves. In other words we think we are better people than we are.The second is that we have exaggerated perceptions of personal control, that we direct and control the world around us to a greater degree than is actually true.The third perception we carry is an unrealistic optimism, especially for the future. We believe the future will bring better things and opportunities will get better, despite objective reality. However, far from the negative connotation of the word in general usage, illusions serve a useful and highly adaptive function.They help us navigate reality by shielding us from reality’s most damaging effects.This led to one researcher Robert Rosenthal to declare that “perception is reality.” Interestingly enough, researchers found that the people whose internal reality matches objective reality suffer from depression. In other words, most of us, except the depressed (ruled by Saturn) have fallen off the reality train a long time ago.

The keywords in what is described above are illusion and optimism which are tied into a single psychological process. For an astrologer, illusion and optimism are two different processes, the first being tied to Neptune, the second to Jupiter. But even in our own tradition, Jupiter and Neptune are bound together in a cyclic process described by Dane Rudhyar.In a 166 cycle of conjunctions, with Jupiter moving forward to the next zodiac sign signifying social evolution. Rudhyar says:

Jupiter deals particularly with social-cultural-religious feelings and the expansion that comes to the individual who operates warmly in terms of these feelings, reciprocated (usually) by others, either emotionally (happiness) or in terms of concrete values (wealth)

is, thus, related to everything that is vast, immeasurable, indefinite, universalistic, but also loose, unfocused, misty, glamorous, unreal, escapist.

Under the dictum, “as above, so below” inherent in us, reflected in the presence of Jupiter and Neptune in the macrocosm, we all have the ability to make our own reality. We frequently do.

The evidence then suggests that we process our perceptions as we see fit and normally this works well. However, when it come to processing a situation where loss is profound and does not resolve itself under the normal grieving process, the situation gets very interesting. The lover (what psychologists call the secure attachment) is gone, but the feelings remains with nothing to anchor to in objective reality. What is left is the shadow side of Jupiter and Neptune. The shadow side of Jupiter is overindulgence; of Neptune delusion. The combination of overindulgence and delusion becomes no less than an addiction.

So it is we see people like Bonnie, asking us if we see any hope for their relationship as desperate as anyone on crack.

Of course, our job as astrologers is not to provide therapy but clarity. In gently defining the problem for the client and sending them to someone who can help them, we do the best thing we can. Hopefully they can release their addiction and come back into the light of the normal process of dismissing reality.