Some astrologers are predicting a Romney victory in today’s election by virtue of the fact that he was officially nominated when the moon was not Void of Course (VOC) while Obama’s nomination came during a VOC moon.

A Moon Void of Course refers is a moon that makes no further aspects to any other planet before is changes sign. It signifies that nothing will come of the matter END_OF_DOCUMENT_TOKEN_TO_BE_REPLACED 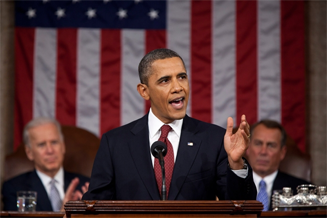 Obama's 2012 State of the Union Address

His first volley in his re-election bid, President Obama, in his 2012 State of the Union speech, spoke directly to issues that concern the American public at large. The speech at around 9:00 PM EST on January 24, 2012, the information used to cast the chart we will discuss.

We’ll take a look astrologically at Obama’s State of the Union address. The chart below has relevant sections and planets highlighted in different colors so I can point you to the astrological point I’m addressing.

The American Dream and the Issue of Fairness

“ . . . the basic American promise [is] that if you worked hard, you [can] do well enough to raise a family, own a home, send your kids to college, and put a little away for retirement.
The defining issue of our time is how to keep that promise alive. No challenge is more urgent. No debate is more important. We can either settle for a country where a shrinking number of people do really well while a growing number of Americans barely get by, or we can restore an economy where everyone gets a fair shot, and everyone does their fair share, and everyone plays by the same set of rules.”

The chart of the United States (inner wheel), its progressions (middle wheel) and transits (outer wheel) reflects this theme of fairness. The progressed Mars and Moon of the United States, (in the purple section of the chart) in the zodiac sign of Libra, sit on the Natal Saturn of the United States. This natal Saturn reflects the promise of the America dream; if you work hard, you can raise your children with freedom from want, own your own home and have freedom from want in your retirement years. This Saturn is in the tenth house, where the sun shines brightest in midday. Our reputation as the “land of opportunity” comes from this Saturn. END_OF_DOCUMENT_TOKEN_TO_BE_REPLACED 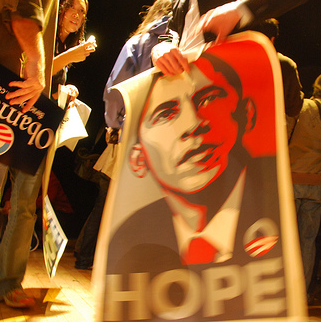 (Astrology Explored) We interrupt our regularly scheduled posts on ancient Christmas traditions to bring you speculations on the U.S Political scene and President Barack Obama.

President Obama’s grand slam victory at getting key points of his agenda passed in the final session of a lame duck Congress startled Republicans and delighted Democrats. Indeed the repeal of “Don’t ask, don’t tell” is a turning point in our policies toward our military, freeing our fighting forces of the onus of figuring out whether or not it is OK to let people with alternate sexual orientations die for their country. This lightning rod issue has bedeviled the U. S. Congress and Senate before and since its inception in 1993 as an imperfect solution to a dilemma straddling morality and political correctness. So this resolution to an imperfect solution was a surprise to say the least.

This along with other small victories, getting the government funded for the next three months, authorization of additional months of assistance for the unemployed, extending tax “cuts” for all of us, a food safety bill strengthening federal power to inspect food processing plants; a deal to confirm about 20 of President Obama’s judicial nominations to the federal bench; and ratification of the New START treaty with Russia, is an impressive list of legislative achievements.

And the amazing thing is that all these things were done during Mercury Retrograde.

Now any astrologer worth his or her salt will tell you that any or all of these bills shouldn’t have passed and may be reversed, reworked or repealed. But, but, but, seeing that Obama rallied the legislative troops in the eleventh hour, seeing that Obama made his announcement to run for the presidency while the moon was void of course, that he was sworn into office on Mercury Retrograde, well it just makes an astrologer scratch her head and say, “My stars!”

This just only works into certain conspiracy theories that Obama’s stated birth date, place and time is not his real one. This wouldn’t be so unusual. For years, Ronald Reagan kept all his real birth data secret from all but his family and his astrologers. But I’m sure I’m not the only astrologer wondering if the data we were given is correct. The astrology says the passage of these bills shouldn’t have happened, but it did anyway under Obama’s leadership. First, last and always I believe the astrology, so something else astrologically has to be going on.

What do you think? Because I don’t have an answer to this one.