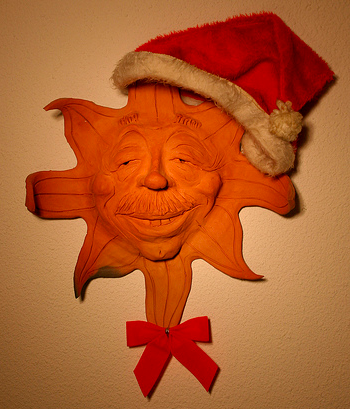 (Astrology Explored) Our ancestors watched the sun, moon and stars to determine the passing of time. Of particular importance, besides the full moon, were the solstices and equinoxes. The theme of both solstices and equinoxes was the interplay of the light and the dark, both being essential to the balance of the Universe. Winter Solstice stories revolved on the death of the old year, the old sun, and the birth of the new. In the middle to the cold and the dark was the hope that the sun would once again warm the earth. Over the years I’ve written a number of pieces about this time of the year, so I thought I’d share them with you once again.

The Astrology of Christmas Myths–Holiday Sales Will Save Us

The Astrology of Zodiac Ages: Christmas and the Next Two Thousand Years

The Astrology and Astronomy of the Star of Bethlehem

Astrology, History and the Winter Solstice: Our Christmas Traditions

The Astrology of Christmas: Dickens and Scrooge

The Astrology of Christmas: History, Prophecy and Bad Uses of Astrology

Photo published under a Creative Commons License by User GrizDave as explained on Flickr. (Astrology Explored) Michael Erlewine wrote on his FB page his perception that the use of acid in the ‘60’s changed society:

The main lesson of LSD (and I have discussed this with many folks over the years) is that this particular drug is capable of resolving the habitual subject/object dichotomy, which simply means the assumption that thinks: I am here in my head looking out at you (and the world) AND the world I am looking at is independent of me and what I think. . .

The ‘60’s was a time where a society that had patched itself up from the trauma of the a severe Economic Depression and the Second World War kept tripping over its own scars. In a way, America was suffering from a case of PSTD. Though the Post War economic boom brought prosperity to unprecedented numbers of people, the societal roles crafted by this prosperity fit poorly on a populace that grew up with doomsday hanging over their heads. It was as if society was waiting for the other shoe to drop. END_OF_DOCUMENT_TOKEN_TO_BE_REPLACED