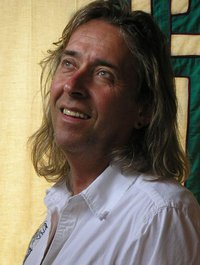 (Astrology Explored) With astronomers on the BBC announcing that astrology is “rubbish”, astrologers around the world are reaching for an effective and measured response to bring this ancient art back into the mainstream. Radio talk show host and astrologer Chris Flisher will give a lecture on “Making Astrology Mainstream” for the Astrological Society of Connecticut at 7:00 PM May 19, 2011 at the Keeney Memorial Center, 202 Main Street, Wethersfield, CT.

In the eighteenth century after a couple hundred years of stunning astronomical discoveries, astrology as a centerpiece of education was thrown out of the universities. The discoveries that the earth was not the center of the solar system, the opposition of the Catholic Church to the use of astrology and the discoveries of Uranus, Neptune and Pluto, were unrecoverable shocks to popular culture. However, pioneering work into psychological astrology in the 20th Century revitalized astrology and brought fresh insights into both new and ancient techniques. However, often during our discussion with END_OF_DOCUMENT_TOKEN_TO_BE_REPLACED