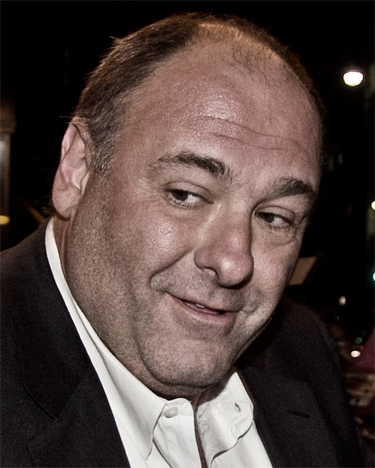 Actually, predicting death is not as easy. We may not have a fixed point of death in our chart, but many checkout points were the soul can out to move on. In my own personal experience, when transiting Uranus opposed my natal Uranus I developed a tear in my aortic valve which luckily was diagnosed and treated before I keeled over dead. Other people, such as John Ritter were not so lucky. Deaths do seem to cluster around the major transits, the Uranian opposition around 42 to 44, either of the two Saturn Returns at age 29 or 58, the Chiron return in the early 50’s, and the Pluto square at around age 82 to 84.

Why then did James Gandolfini pass at such an early age? Sometimes it is just the intersection of time and place that opens the gateway. 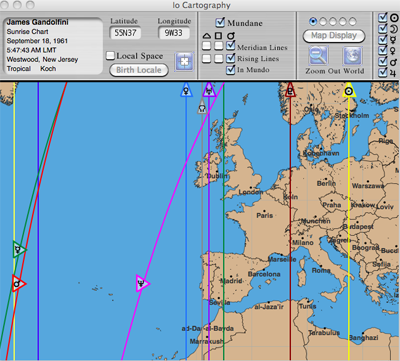 Astro*Carto*Graphy is one method of astrology that traces the apparent path of the planets of the solar system on the face of our planet as the planet turns on its axis. Created by Jim Lewis, Astro*Carto*Graphy is best summed up as the astrology of what planet influences you the most at certain locations on the earth. Anecdotally, through my forensic astrology studies, I have found the people die near their Sun or Pluto lines. Jim Lewis and Kenneth Irving in the Psychology of Astro*Carto*Graphy noted something similar though indirectely in the deaths of two notable people. Lauren Spierer, the missing University of Indiana student, has a Pluto line running through the location of her school. Looking at the Astro*Carto*Graphy map of Gandolfini’s chart, Rome, the place of his death, is smack in between the lines of the planet of transformation Pluto and the planet of self, the Sun.

We have then the place, but what about the time of death? 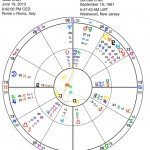 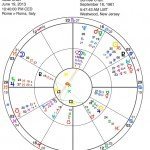 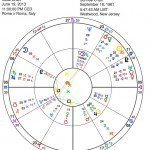 At 9:42 PM Rome time Gandolfini’s Sun joins his Pluto in the 8th house of death in the event chart. At 10:00 his son called for medical help. At 10:40 PM Pluto is getting ready to leave the 8th house death chart. At 11:00:00 according to news reports, Gandolfini was declared dead. At that point, Pluto leaves the eighth house to pass into the seventh, the house of the setting sun.

Thus two astrological systems, Astro*Carto*Graphy and Forensic astrology shows the intersection of place and time that opened the portal for a soul to make his way home.

Image of James Gandolfini published under a Creative Commons license as explained by Wikimedia.

This entry was posted in Astrology and Celebrity, Celebrities, In The News, Uncategorized and tagged Astro*Carto*Graphy, astrology of death, Italy, James Gandoflini, Pluto, Rome, sun by Beth Turnage. Bookmark the permalink.

3 thoughts on “The Astrology of Death: James Gandolfini passes in Italy”