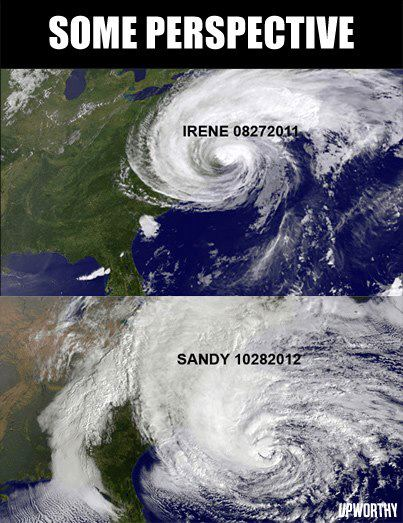 The Hunter’s Moon, the full moon of in the sign of Taurus, brings more than its signature orange glow to the moon. This year, Hurricane Sandy, dubbed the Frankenstorm, a 900 mile mega storm travels up the east cost, kicking up storm surge, flooding areas along the eastern seaboard of the United States. The storm is due to hit land, somewhere around Atlantic City, New Jersey sometime Monday night.

With winds reaching up to 76 miles per hours, weather forecasters are looking forward to landfall to weaken the hurricane force winds. However the worst effects may yet be felt with the full moon high tide threatening to bring record high storm surges in coastal areas.

Power outages are widespread and expected to grow through out the night.

Weather forecasters have worked overtime to make predictions on the severity of the storm. Comparisons are being made to Hurricane Irene in terms of size and the speed and force of the winds. What does astrology have to say about these destructive storms? Let’s take a look at some past storms and see what parallels we can draw to Sandy. 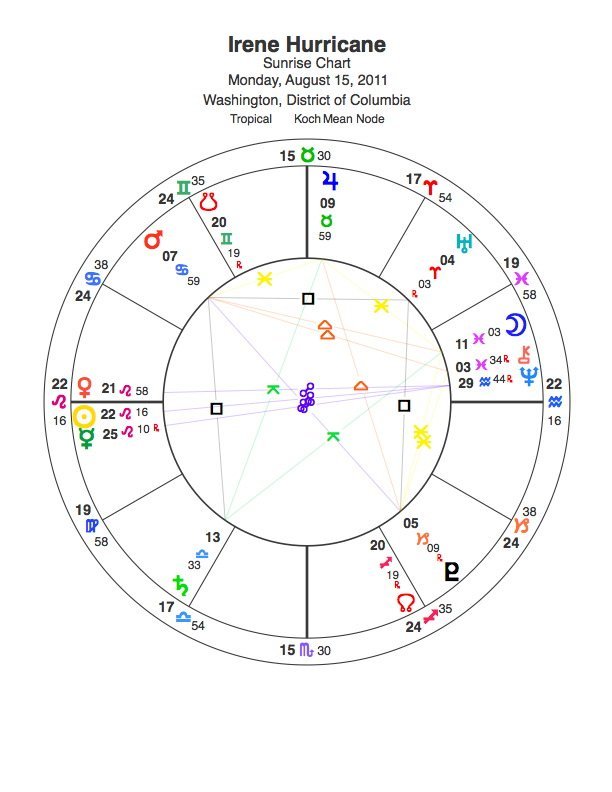 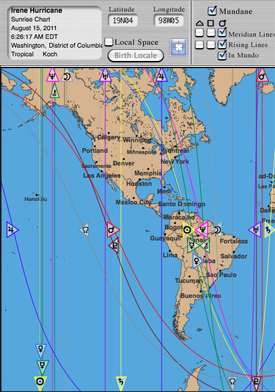 On August 15, 2011, the storm that eventually was named Hurricane Irene formed off the west coast of Africa characterized by distinct low-level cyclonic rotation and deep tropical humidity. Traveling across the Atlantic, it reached landfall at St. Croix then turned northward to travel up the eastern seaboard of the United States.

The winds, combined with soil saturation due to the extreme amounts of precipitation in many of the impacted areas both from Irene and from previous thunderstorms, uprooted countless trees and power lines along the storm’s path.

Irene’s destructive power was fueled not only by the Pluto-Uranus square but also an opposition to Mars forming a T-Square in cardinal signs of Aries, Cancer and Capricorn.

The Astro*Carto*Graphy charts shows the line of Pluto running through the area where the storm first took shape. 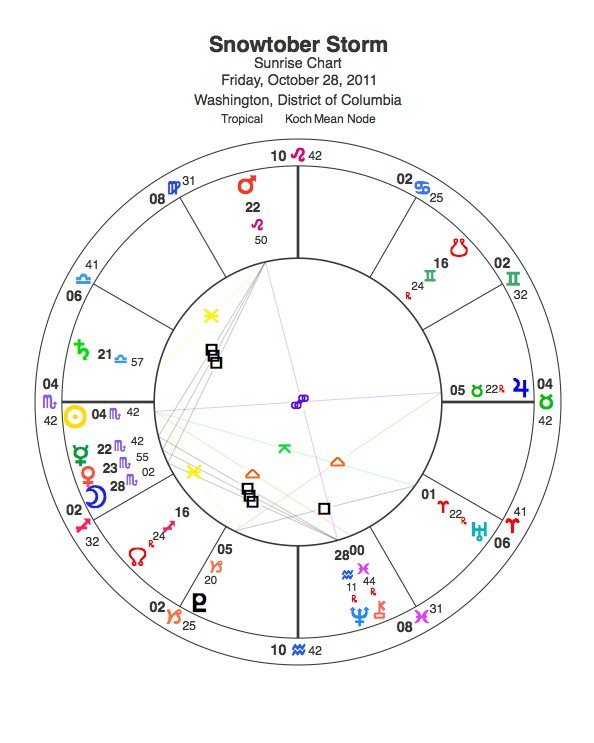 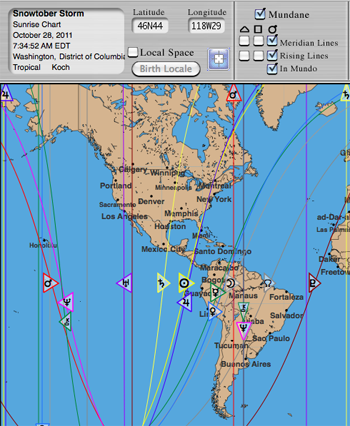 Actually a hurricane wearing a halloween costume of a Nor’easter snow storm, the pre-Halloween storm of 2011:

became the 14th multibillion-dollar weather-related disaster of 2011, breaking the three-year-old record of nine.[30] Across the Northeast, the combination of high winds and wet, heavy snow downed trees, most of which retained their leaves, did extensive damage.[31]

3.3 million people lost power during the storm with:

Approximately 1.7 million customers in the Northeast were still without electricity three days after the storm. Temperatures in the region warmed up to above 50 °F (10 °C) during the day, but went down to near freezing at night. As powerless houses grew cold, residents bundled up and kept under blankets, went to stay or visit with others who had electricity, or used their car heaters to temporarily warm up.[50]

The Astro*Carto*Graphy maps shows Mars running up and down the eastern seaboard, Neptune/Chiron sitting close to it, and the Sun and Jupiter lines running right through the areas that were most affected in the United States.

At least with these two maps you can see the areas hardest hits by the storms. 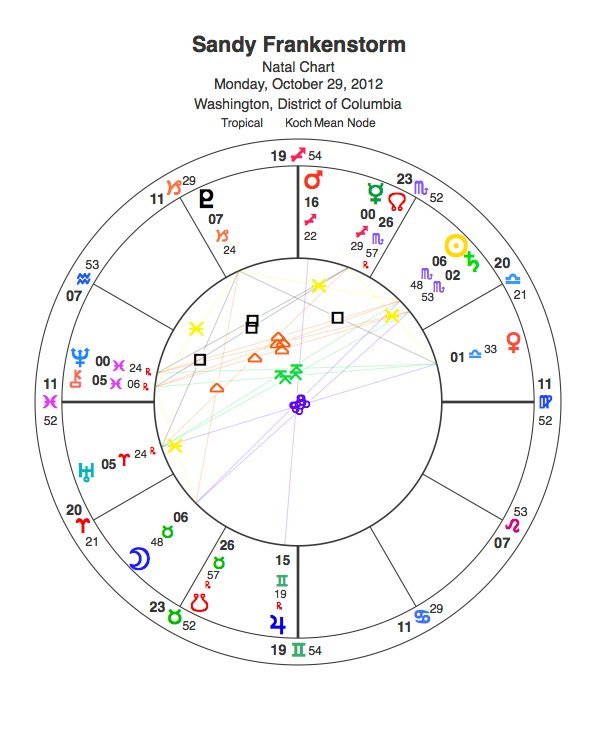 With Sandy with see again a t-square though this time to players are Venus in Libra, Pluto in Capricorn and Uranus in Aries. The power of Mars is amplified by an opposition to Jupiter.

The Astro*Carto*Graphy chars shows Mars running through Ohio to Florida, and Pluto, Venus and Uranus on the eastern edge.

If there is anything you can see from these charts is that Astro*Carto*Graphy shows the major planetary players in these horoscope charts also define in general the geographic area where these storms will be active. In my experience, if bad weather is expected during a t-square it will be a serious storm that will affect humans adversely. 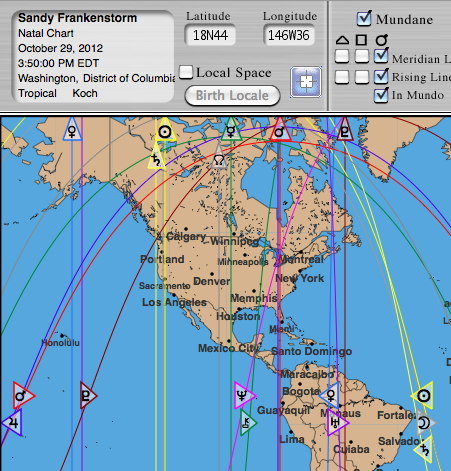 Astrological analysis of the November 8, November 9 Nor’easter at this link.