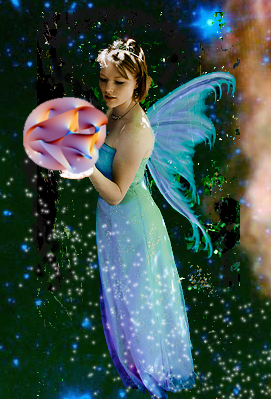 (Astrology Explored) Since the Age of Reason, rationalists like the Humanists have claimed that Astrology is superstition, the fluff and nonsense of irrational minds. Yet the closer we get to nailing down the nature of the Universe, the harder it is for those opposed to astrology to claim a scientific basis for their view.

This astrologer is reading Stephen Hawking’s The Grand Design, a slim yet meaty volume that lays out the thesis (spoiler alert) that M-Theory is the only candidate for a complete theory of the Universe.

The first is Supersymmetry (1), a theory that attempts to corral the seemingly erratic motions or “spin” of the subatomic particles known as quarks into predictable models of interaction. There is no direct evidence for Supersymmetry, but the existence of Supersymmetry is suggested by the theory of “Supergravity”.

What fuels the idea of Supersymmetry is the work of Richard Feynman. He pioneered work in quantum mechanics that theorized that the interaction of electrons and photons sends electrons forward and back again in time putting the electrons in two places at once.

The next concept, supergravity, is described in Wikipedia as “field theory that combines the principles of supersymmetry and general relativity.” (2)

M-Theory postulates there are eleven dimensions tied together by “supergravity interacting with 2- and 5-dimensional membranes.” (3). As such it is an extension of “string theory”. Wikipedia tells us about string theory (4):

String theory is an active research framework in particle physics that attempts to reconcile quantum mechanics and general relativity. It is a contender for a theory of everything (TOE), a self-contained mathematical model that describes all fundamental forces and forms of matter.

If all that is too much to digest with your morning latte, just note that physicists are on the trail of a theory that describes a Universe that is in essence a self-sustaining and self-interacting perpetual motion machine. It exists because the forces of nature can’t help but to exist. God need not apply.

This idea is just fine by Hawking, who seems to take comfort in Scientific Determinism (5).

Given the state of the universe at one time, a complete set of laws fully determines both the future and the past. This would exclude the possibility of miracles or an active role for God. . . It is, in fact, the basis of all modern science, and a principle that is important throughout this book. A scientific law is not a scientific law if it holds only when some supernatural being decides not to intervene.

.
By extension, free will, appears to exist only because the mathematic calculations it would take to determine what action a person ultimately takes is too complex for the human mind to grasp. (6) The human brain works by “effective theory” (7).

In physics, effective theory is a framework created to model certain observed phenomena without describing in detail all the underlying processes.

.
In other words, the human brain is prediction machine.

So even if the human can’t make the calculations to parse the interactions of subatomic particles we are only acting in accordance with the motion of these subatomic particles. And according the work of Richard Feynman these complex interactions can tie dissimilar events together. With this observation it is scientifically possible for a planetary astrological event to concur with an event in a human life.

Interestingly, this isn’t the first time humans thought about the Universe in this way. This theoretical model coincides with the ancient Hermetic axiom “As above, so below”. Jung, independent of physics, coined the term “synchronicity” to describe how two disparate events non-the-less appear to relate to each other in a meaningful way (8).

So if M-theory is the Theory of Everything it provides problems to rationalists. The closer you get to nailing DOWN how the Universe works, Scientific Determinism treads the dangerous ground of confirming that Astrology has a scientific basis after all.

Photo titled “Fairy Holding Superstring Model of the Multiverse” created from elements from Creative Commons licensed pieces from Flickr, Wikipedia and public information from NASA’s Photojournal. As such you are free to display the work without alteration with appropriate attribution to this page.