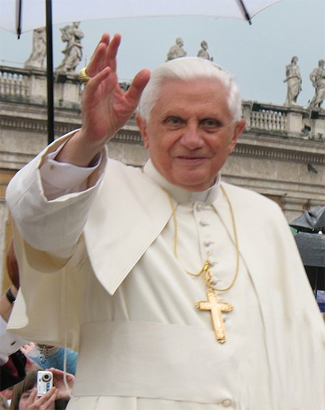 Pope Benedict XVI seems worn out.
People who have spent time with him recently say they found him weaker than they’d ever seen him, seemingly too tired to engage with what they were saying. He no longer meets individually with visiting bishops. A few weeks ago he started using a moving platform to spare him the long walk down St. Peter’s Basilica.

Benedict turns 85 in the new year, so a slowdown is only natural. Expected. And given his age and continued rigorous work schedule, it’s remarkable he does as much as he does and is in such good health overall: Just this past week he confirmed he would travel to Mexico and Cuba next spring.

Taking the job as The Bishop of Rome, Pope Benedict XVI then at the age of 78 was the oldest Pope elected in 300 years. Yet, his predecessor, Pope John Paul II, seems to have positioned him to as his successor, probably because Pope John Paul saw the need for a conservative pope to steady the Roman Catholic church which has been rocked with sexual scandals and internal doctrinal opposition within the church body.

Still the job of Supreme Pontiff is a demanding one at best and for a man of Benedict’s years it must be tough keeping up the schedule. An astrologically it is no surprise that the Pope is feeling the effects of being a head of state as well as a religion.

“In our early eighties, between the ages of 82 to 84, we experience Uranus returning to its natal place and transiting Neptune opposing the natal position in the birth chart. With the Uranus return and the Neptune opposition there is either a sense of accomplishment of becoming the type of person you were meant to be or frustration that goals were not achieved. This can be a physically trying time depending on other aspects in the chart. Often times this is age when the soul chooses to return home.”

Wikipedia obliges us with his birth date, birth place and birth time. We see in his chart that he is experiencing both the Uranus return and the Neptunian opposition. In addition transiting (moving currently in the sky) Jupiter his hitting his Sun/Chiron combination. While Sun/Chiron combination drives a soul to a spiritual destiny, it also lends a weakness to the physical body. His Sun opposes his Libra moon. Libra moon people want to live in a state of harmony with others. It is likely that the roiling tensions of handling the affairs of church and state are causing upsets to the stomach, causing him to refuse food to reduce his discomfort. In addition, Saturn, the planet of duties and restrictions, is opposing his Sun, draining his vitality. At this moment he needs to have someone take his health in hand, and craft periods of rest and harmony in his daily schedule. Unreasonably stubborn as all Aries are, the Pontiff won’t do this for himself and in fact, with the planet of illusion, Neptune, at the top of his tenth house, the public image and career house, he thinks he can do more than his body can handle.

Whether or not you agree with the Pope’s doctrines or politics we do want Pope Benedict stay on the earth plane longer rather than shorter if only for the Malachy Prophesies that delineates him as the second to the last pope before the papacy leaves Rome. Whether or not this last prophecy will happen remains to be seen. Our Lady of Fatima offered that prayer can turn aside prophesies. Whether or not you are Catholic please offer up a prayer for the health of the Pope to sustain him during the remainder of his time as the head of the Roman Catholic church.

Photo published under Public Domain rights as described on Wikipedia. 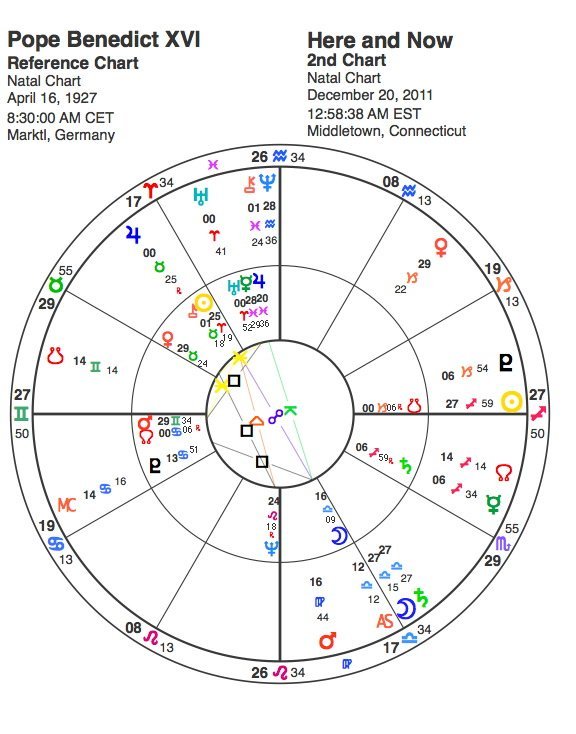