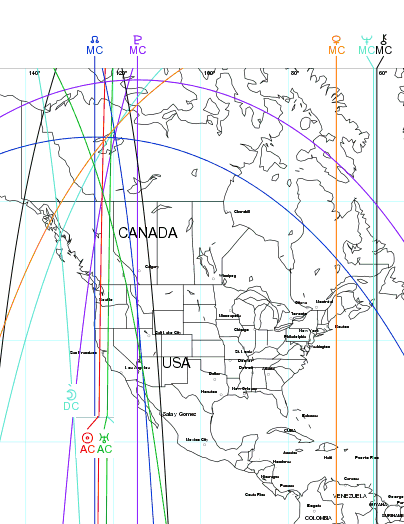 (Astrology Explored) It all depends on who you ask.

Bellini, the U.S. Geological Survey geophysicist, said, “There is still no known observation of an effect related to the moon and seismicity.”

James O. Berkland is a Glen Ellen, California-based geologist and editor of Syzygy—An Earthquake Newsletter. He believes the gravitational tugs of the moon, sun, and other planets can influence earthquake activity. Berkland said he has accurately predicted tremors based on factors such as syzygy.

And these are the scientists.

Still with the haunting images of Japan on the screen, victim of not just an earthquake, but a tsunami and a nuclear disaster at Fukushimi it is tempting to reach out for any prediction. Some people are concerned that San Andreas fault lined California will be the next victim of a catastrophic earthquake especially on the upcoming full moon.

Newsweek, described the “four corners” theory about the Pacific Plate and how it relates to California. Japan sits “at the junction of a web of tectonic-plate boundaries that make it more peculiarly vulnerable to ground-shaking episodes than almost anywhere else. Three sides of the square have been hit in the last year, leaving one still to come.

The three sides that erupted commencing with 2010’s 8.8 quake in Chile, the temblor in New Zealand almost exactly a year later in February 2011 and now the 9.0 devastating event in Japan. That leads experts to point to the last corner of the plate, which is the San Andreas Fault that runs through the southern California desert.

This quake however is expected to happen sometime “within the next thirty years” and measure 7.8 on the Richter scale.

Richard Nolle coined the term Super Moon and he centers his predictions around them. For this current Supermoon he says:

The March 19 full moon at 28° 48′ Virgo is arguably the year’s most extreme SuperMoon, for a couple of reasons: it’s the closest SuperMoon of the year, occurring within an hour of lunar perigee (the Moon’s closest approach to Earth): the Moon will look huge when it rises at sunset. And being so close to the vernal equinox, this SuperMoon occurs within hours of the moment the full moon crosses the celestial equator from north to south, just as the Sun crosses in the opposite direction. That makes this a major geophysical stress window, centered on the actual alignment date but in effect from the 16th through the 22nd. Of course you can expect the usual: a surge in extreme tides along the coasts, a rash of moderate-to-severe seismic activity (including Richter 5+ earthquakes, tsunami and volcanic eruptions), and most especially in this case a dramatic spike in powerful storms with heavy precipitation, damaging winds and extreme electrical activity. Floods are a big part of the picture in this case, although some of these will be dry electrical storms that spark fast-spreading wildfires.

Nolle makes no specific predictions for major death and destruction though he seems to be taking some hits from skeptics who think he has. Nolle for his part tells us that people are playing fast and loose with the Super Moon definition. 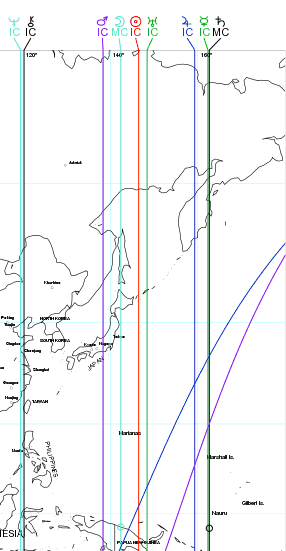 So Nolle points to a time when something can happen, but we don’t know exactly what. Geologists think a 7.8 quake is likely within the next 30 years. The intersection of both pieces of information still leaves us grasping for a what and a when.

Looking at the Astro*Carto*Graphy map of the Full Super Moon for the West Coast , we see alarmingly, the Uranus line and the Pluto line intersecting the San Andreas fault line. Does this predict an earthquake? It seems to. Does this mean it will be 7.8 or stronger. We’ll have to see. The truth is even with thousands of years of observation, with all our modern computers, we still don’t have a reliable astrological model of predicting earthquakes. That doesn’t mean we won’t? No. It just means right now all we can say is “Don’t be surprised if there is an earthquake in California.” Some prediction, right?

What I am more concerned about is Japan, who is facing the same astrological conditions as the 9.0 quake that rocked that island nation last week. Uranus and Mars straddle catastrophe saddled Japan, and it seems like they are facing another big quake. I hope not, but we’ll see.