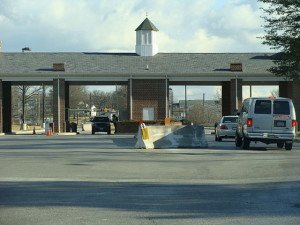 One entrance to Fort George Meade

(Astrology Explored) In a bizarre incident, two men reported to be dressed as women, attempted to breach the gate of Forte George Meade in Maryland, which houses the campus of the National Security Agency at approximately 9:00 AM, March 30, 2015. The vehicle the two men were driving was reported stolen from a nearby motel.

The driver of the vehicle, instead of following exit instructions drove into a NSA police vehicle that was positioned close to a road that ran to the NSA building proper. For reasons unknown, shots were fired at the black SUV before it crashed into the NSA vehicle.

According to news reports three people were sent to the hospital. One man died. END_OF_DOCUMENT_TOKEN_TO_BE_REPLACED 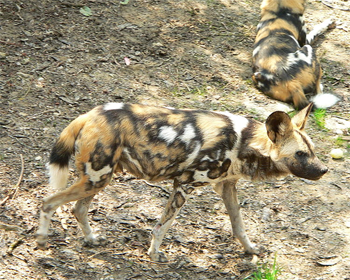 (Astrology Explored) On Sunday at around 11:48 AM a two year old boy tumbled fatally into the exhibit of African Painted dogs at the Pittsburgh zoo. The wild dogs, eleven in number, described by zoo officials as in “pack mentality” were especially aggressive in their attack, with one dog having to be put down before zoo personal could gain access the child.

The unidentified toddler was pronounced dead at the scene.

The ongoing investigation is trying to determine whether the child died from the eleven foot fall into the pit, or from the attack itself. It is reported that the child’s 34 year old mother had placed the child on the wooden railing surrounding the enclosure and almost immediately he lost his balance and fell. END_OF_DOCUMENT_TOKEN_TO_BE_REPLACED